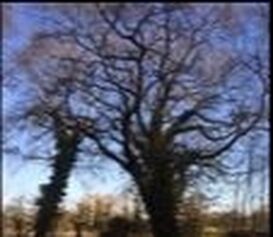 Updated 17 September 2022
This is a Work in Progress

Please note that this continues to be a Work in Progress and that all Masselink's known to me by name have not yet been added to the spreadsheet.

Additional information, stories, pictures, clarifications, comments and corrections regarding the Masselink Family are both requested and appreciated.

TO BE INCLUDED IN THIS GENEALOGY, please email me your respective family's genealogy information to:  genmasselink@hotmail.com

For simplicity, we will use Masselink, Kleine Masselink, and Grote Masselink as the standard spellings of our surname throughout this website.

ARE WE DUTCH OR GERMAN?﻿

This is the story of the Masselink family. As such, this genealogy will attempt to include everyone known born with the surname Grote Masselink, Kleine Masselink and/or Masselink, some of their spouses, and all of the known-by-name 14 Generation Masselink family lineage. We know that the Masselink surname was first used during the age of Charlemagne, i.e., since around the year 804!

The Masse-link surname may be derived from the Old French word "masse," which refers to the heavy metal tipped war club called a mace and was thought to have been an occupational surname for a soldier or knight who carried a mace.

Specifically:
Masse = macebearer + link. The "link" suffix means something belonging to or ownership of, which in this case probably depicts the original hereditary leasehold ownership of two farms in what is now eastern Netherlands (NL) by a Christian knight or soldier who fought for Charlemagne with the occupational surname of "Masse". [Masse (French) plus link (Dutch) or ling (German)]. Masseling is the German spelling of Masselink.  Therefore: Masselink could be the Dutch spelling of a place name that may literally mean:
​
"Mace-bearer's Farm" or "Mace-Man's Farm"

Around the year of our Lord 804, Charlemagne donated thirty farms (hoven) in Twente (in what is now The Netherlands) to the wealthy Werden Abbey (in what is now Germany) (Werden Abbey - Wikipedia) to finance the education of priests. This donation included farmland in Vasse and Mander, both of which are located near Ootmarsum in eastern Netherlands.

Specifically, around 804 (NOT 1804), two Masselink farms are established in what is now The Netherlands by someone who went by the surname of Masse. One of these farms was near the town of Vasse and the other farm was near the town of Mander. This person was probably a Christian knight or soldier (and/or his son) who fought for Charlemagne and was given hereditary leaseholds (not ownership) to these two farms as a retirement reward for faithful military service. The two Masselink farms were part of the aforementioned donation by Charlemagne to the Werden Abbey and this Abbey collected tithes and taxes from these farms for some 900 years.

Before the establishment of these farms, there was no place named "Masselink", so no one could have had the surname Masselink before these two farms were established. Therefore, all Masselink's must descend from either the original leaseholder of these two farms or, as was the custom then, from someone who took Masselink as their new permanent last name both when they worked on these two farms and when they left these farms to live and work elsewhere. For more information about this, see the 'HISTORY' Tab, above.

No later than around 1407 and some 600 years after the founding of previously mentioned two original Masselink Farms in what is now The Netherlands, various Masselink's who either worked on or descended from someone who had worked on a Masselink farm in Mander and/or Vasse, migrated a few miles northwest to Grafschaft Bentheim, (which is now part of Germany-see map below) and established two new Masselink farms there. Even though the nationality of these Masselink's eventually became German, their culture and heritage remained primarily Dutch due to their close proximity to the Dutch border and the resultant influence of the Dutch Church and language.

The Masselink family owes a huge debt to Edward H. Masselink, Sr. (GEN 10) and his brother, Harold Masselink (GEN 10), and their uncle, the Reverend Doctor Edward J. Masselink (GEN 9), for their original work on the Masselink family history and genealogy. Their collective work culminated in the publication of two booklets: The 1984 “The Masselink Family Tree” and the 1987 “Masselink Family Genealogy”. Working in the pre-internet era, the information in these booklets was painstakingly collected from relatives, libraries, and letter writing to and from Germany. Edward Sr. not only located, organized and published this information about the Masselink family, he also personally entered all that information into a genealogy program that ran on his trusty old-school floppy disk drive Commodore 64 computer.  This genealogy is an update of that work. Thanks, Dad!

In addition, special thanks must be given to E. H. Masselink of the Netherlands for his remarkable 2004 book written in Dutch about the Dutch and German Masselink's titled: Familiegeschiednis van Masseling tot Masselink uit Hardinghausen - Uelsen (Family History of Masseling and Masselink from Hardinghausen and Uelsen).

Also note that this is website is the work of a genealogy hobbyist and it is not intended to be a footnoted scholarly work.  While the information provided is based on researched factual data, sources will not always be shown. Additional information about the Masselink genealogy not included on this website can usually be found using a search engine like Google or a paid site like Ancestry.com.

Any information in this genealogy without a source confirmation is speculation (i.e., fiction) and all speculation (as well as most foreign words) are written in italics. All speculation should be regarded, at best, as extrapolation based on an incomplete set of facts that requires confirmation from additional research before being accepted as truth.

This genealogy is subject to review and confirmation by all Masselink's, to include their respective spouses and families. Any additional Masselink information, stories, and pictures as well as clarifications, comments and corrections are both requested and appreciated.﻿

…and to answer the question: "Are we German or are we Dutch?", please click on the above 'HISTORY' Tab.
MASSELINK NAMES TAB 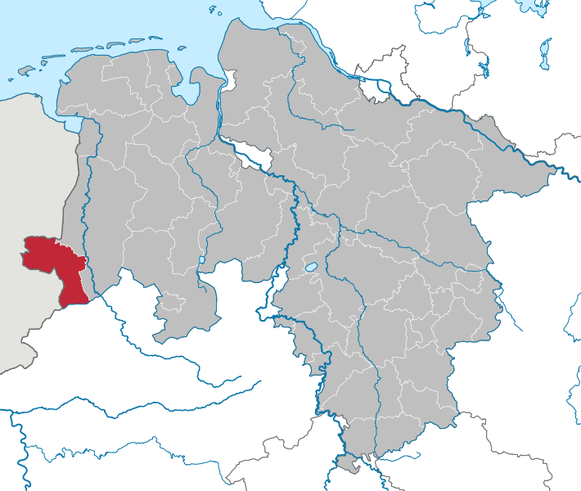 THE GERMAN MASSELINK HOMELAND IS LOCATED IN GRAFSCHAFT BENTHEIM, WHICH IS NOW PART OF GERMANY. IT IS SHOWN IN RED AND BORDERS THE NETHERLANDS ON THREE SIDES. 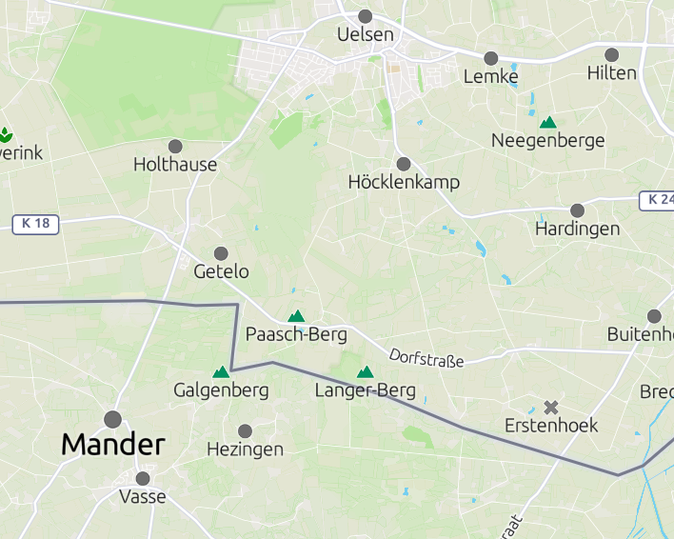 When working on a family history, it's handy to know how to describe our family relationships more exactly. The definitions below should help.

If someone walked up to you and said "Howdy, I'm your third cousin, twice removed," would you have any idea what they meant? Most people have a good understanding of basic relationship words such as "mother," "father," "aunt," "uncle," "brother," and "sister." But what about the relationship terms that we don't use in everyday speech? Terms like "second cousin" and "first cousin, once removed"? We don't tend to speak about our relationships in such exact terms ("cousin" seems good enough when you are introducing one person to another), so most of us aren't familiar with what these words mean.

Cousin (or "first cousin"): Your first cousins are the people in our family who have two of the same grandparents as you. In other words, they are the children of your aunts and uncles.

Second Cousin: Your second cousins are the people in our family who have the same great-grandparents as you; but not the same grandparents.